WASHINGTON/CANBERRA, Sept 16 (Reuters) - The United States, Britain and Australia announced a new security partnership for the Indo-Pacific in a move hailed by regional allies but denounced by China as intensifying an arms race in the region.

Under the partnership, announced by President Joe Biden, British Prime Minister Boris Johnson and Australian Prime Minister Scott Morrison, the United States and Britain will provide Australia with the technology and capability to deploy nuclear-powered submarines.

The United States and its allies are looking for ways to push back against China's growing power and influence, particularly its military buildup, pressure on Taiwan and deployments in the contested South China Sea.

The three western leaders did not mention China by name in Wednesday's announcement and senior Biden administration officials, who briefed reporters ahead of time, said the partnership was not aimed at countering Beijing.

Countries should not build partnerships that target third countries, he told a regular briefing in Beijing on Thursday.

In a three-way virtual announcement, the leaders stressed Australia will not be fielding nuclear weapons but using nuclear propulsion systems for the vessels, to guard against threats.

"We all recognize the imperative of ensuring peace and stability in the Indo-Pacific over the long term," said Biden.

"We need to be able to address both the current strategic environment in the region, and how it may evolve because the future of each of our nations and indeed the world depends on a free and open Indo-Pacific enduring and flourishing in the decades ahead," he said.

Morrison said the submarines would be built in the city of Adelaide and Australia would meet all of its nuclear non-proliferation obligations.

Johnson said the pact, dubbed AUKUS, was not meant to be adversarial towards anyone and it would reduce the costs of Britain's next generation of nuclear submarines.

"Now that we have created AUKUS we expect to accelerate the development of other advanced defence systems including in cyber, artificial intelligence, quantum computing and undersea capabilities," Johnson told parliament.

One U.S. official said the partnership was the result of months of engagements by military and political leaders during which Britain - which recently sent an aircraft carrier to Asia - had indicated it wanted to do more in the region.

New Zealand Prime Minister Jacinda Ardern welcomed the focus on the Indo-Pacific but said Australia's nuclear-powered submarines would not be allowed in its territorial waters under a long-standing nuclear-free policy.

Singapore said it had long had relations with Australia, Britain and the United States and hoped their grouping would contribute to peace and stability.

Japan said the three countries' strengthening of security and defence cooperation was important for peace and security.

A U.S. official briefing before the announcement said Biden had not mentioned the plans "in any specific terms" to Chinese leader Xi Jinping in a call last Thursday, but did "underscore our determination to play a strong role in the Indo-Pacific." read more

U.S. officials said nuclear propulsion would allow the Australian navy to operate more quietly, for longer periods, and provide deterrence across the Indo-Pacific.

The partnership ends Australia's 2016 deal with French shipbuilder Naval Group to build it a new submarine fleet worth $40 billion to replace its more than two-decades-old Collins submarines, a spokesperson for Morrison told Reuters. read more

France accused Biden of stabbing it in the back and acting like his predecessor Donald Trump.

"This brutal, unilateral and unpredictable decision reminds me a lot of what Mr Trump used to do," Foreign Minister Jean-Yves Le Drian told franceinfo radio. "I am angry and bitter. This isn't done between allies."

Naval Group said in a statement that Australia's decision was a major disappointment.

Biden said the three governments would launch an 18-month consultation period "to determine every element of this program, from workforce, to training requirements, to production timelines" and to ensure full compliance with non-proliferation commitments.

The pact should be a boon for the U.S. defense industry and among the firms that could benefit are General Dynamics Corp (GD.N) and Huntington Ingalls Industries Inc (HII.N).

General Dynamics' Electric Boat business does much of the design work for U.S. submarines, but critical subsystems such as electronics and nuclear power plants are made by BWX Technologies Inc (BWXT.N)

U.S. officials did not give a time frame for when Australia would deploy a nuclear-powered submarine, or how many would be built. They said that since Australia does not have any nuclear infrastructure, it would require a sustained effort over years.

A U.S. official said Washington had shared nuclear propulsion technology only once before - with Britain in 1958 - and added: "This is frankly an exception to our policy in many respects, I do not anticipate that this will be undertaken in other circumstances ... We view this as a one-off."
2

Uranus and Neptune are called ice giants because they are smaller and compositionally different from Jupiter and Saturn, the gas giants. Jupiter and Saturn are composed of mostly hydrogen and helium, with large mantles of metallic hydrogen (which acts like a metal, due to the pressure and temperature within these planets) and only small cores of rock and ice. This is why they are called gas giants: They are mostly gaseous, with very little rock and ice. Uranus (left) and Neptune are classified as ice giant planets because their rocky, icy cores are proportionally larger than the amount of gas they contain. The gas giants — Jupiter and Saturn — contain far more gas than rock or ice.
NASA/ JPL-Caltech; NASA

Conflitos do Presente / Re: Afeganistão: diversos 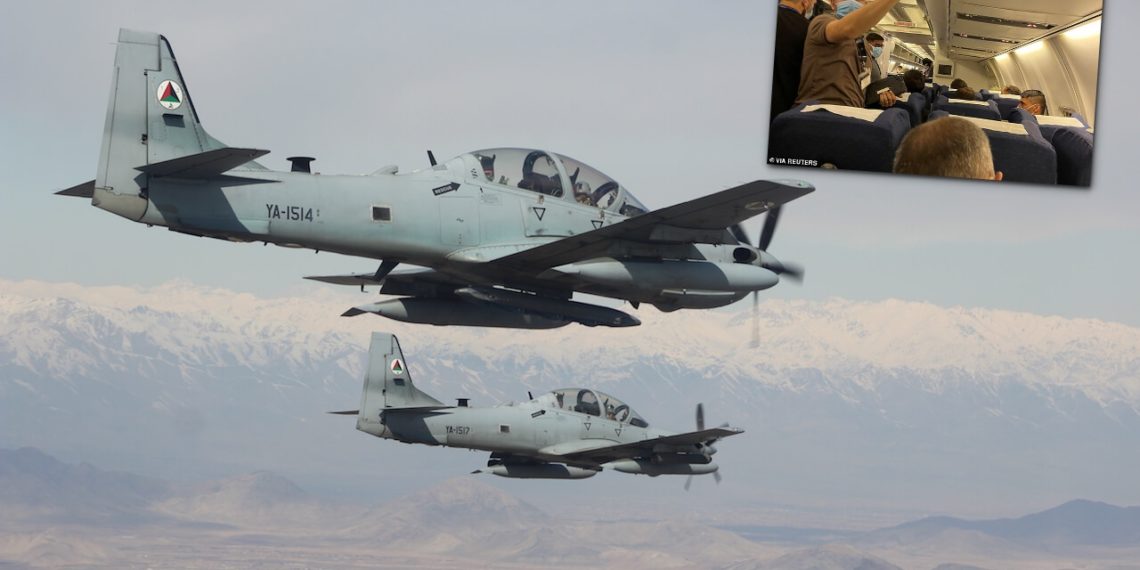 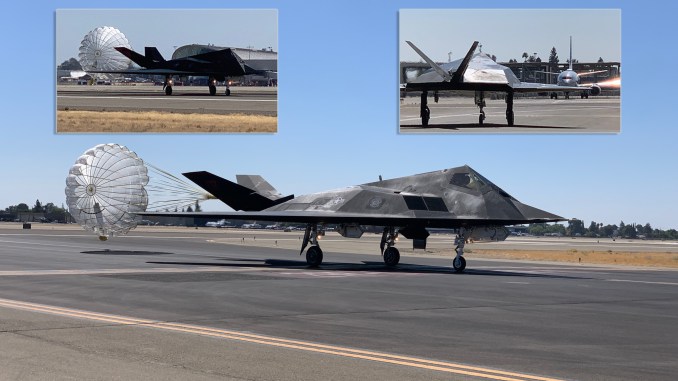 Evergande and other Chinese developers stocks dropping off a cliff in the HK morning session today.

Here is what you need to know about why Chinese Real Estate may impact crypto and even US markets.

Evergande ($3333.HK) is a major Chinese real estate developer, who through leveraged properties and issuing US denominated junk bonds, built up a real estate empire making it the second biggest in the country.

Assets and equity boomed over the past decade, but net income struggled. The reason is debated, but it seems they were over leveraging properties that were getting very little actual revenue to grow their empire.

This worked, right up until the pandemic really began to hurt the few commercial and tourism properties that were actually driving revenue for them.

It's estimated that they've now managed to rack up more than $300B USD in debt.

To put that in perspective $300B USD is the entire GDP of countries like Ireland, Denmark, Hong Kong or Portugal.

And that is just the *DEBT* that Evergrande has.

Currently rumors are swirling that Evergrande may not even have enough remaining capital to service the interest payments on their loans nevermind paying down their principals.

Now, the real estate developer claims they are going to liquidate property to get 'operations back on track'

But, those of us in the crypto market understands how liquidations work.

If you are a liquidating because your collateral asset (real estate property) has sunk in value, and you have to sell that asset to pay back, then every time you sell it, the asset drops further.

Evergrande is so large they will be in a race to the bottom as they'll be selling properties which will lower the average price of properties in the region, thus lowering their asset value and entering into a spiral.

Evergrande currently owns a whopping 2% of all Chinese real estate and so this has lead Chinese issued bonds from nearly all real estate developers to sink.

But Evergrande itself has been diving off a cliff all year and has reached a critical point.

Now creditors are unwilling to accept their bonds and demanding payments made and aggressive restructuring options are being reviewed.

So why should you care?

On September 15, 2008, Lehman Brothers collapsed dissolving $600B in US assets leading us to the worst market crash since the great depression.

So its entirely on the same level as the assets that Lehman Brothers had.

But, Lehman Brothers was a US bank broadly diversified across many industries.

And its debt is held by banks across China, the US, Canada, UK, Australia and others.

This also comes at a time when markets have been on an artificial, inflation driven, quantitative easing fueled run up like no other.

So when the hammer does drop, it will drop hard.

But, this will not only cause defaults on bonds, but it will mean billions of dollars unpaid to Chinese contractors and goods suppliers, and it will mean the largest ever bulk real estate liquidation ever if Evergrande goes under.

That real estate collapse would mean the asset sheets of other real estate developers, banks and mortgage companies in China would all crumble.

Then we have to remember that China owns 15% of all global debt, so what happens when they have an internal crisis?

They are likely to start aggressively pursuing some of that external debt.

Which much of is likely with the same overseas banks and funds that own Evergrande bonds in the first lace.

Now, there is a chance that the CCP step in and find a way to bail out or unwind Evergrande.

With China's internal policies, it seems quite likely, although it will still likely be a pennies on the dollar bail out.

But, if they don't then market conditions are primed for a god damn meltdown.

We're sitting on a powder keg of weak economic involvement and yet all time high stocks, huge inflation and disconnected markets.

The question of a large correction is not a matter of if, it is a matter of when, and how bad.

That correction could be soon, it could be years from now, but it will happen.

The longer it takes the worse it gets, but there are unique events that could make it far, far worse and the collapse of Evergrande is certainly one of them.

These shockwaves would be felt in markets around the world, including crypto.

While we can hope that crypto one day becomes a flight from the tradfi markets, right now its sufficiently intertwined to its movements.

Plus, there is the stark reality that this will have a huge impact on the commercial paper markets.

Currently both Tether and Circle hold commercial paper, and while I think it unlikely that either would have large swaths of Evergrande bonds, the whole market will reel a bit.

For what its worth, I do think both of those will still have more than enough wiggle room to prevent any actual meltdown, but if we have a meltdown that gets really bad, they certainly could get a bit off peg.

If either Tether or USDC did meltdown in a global collapse though, it'd actually be bullish for crypto, as if you couldn't use them to cash out, people would just start bulk converting them into BTC/ETH regardless of price.

Either way Evergrande is a HUGE story that most Western media is entirely oblivious too.

I hope they get to stay that way and never have a reason to learn their name.

But there is a chance that we're currently staring down the barrel of the next financial meltdown.

It all comes down to what the Chinese government will do, and if the Chinese real estate market actually has enough demand to keep these assets a float.

But it's damn dicey.